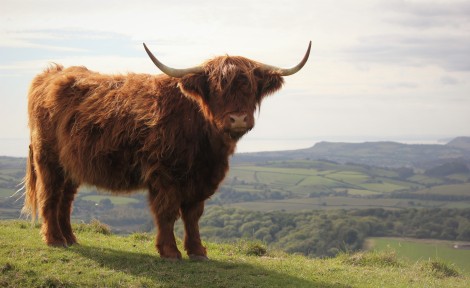 The first brush of autumn frost glistened beneath this morning’s sunrise. Nothing too hard, certainly not enough to drop any fruit from the hedgerows, but a glittery crunch that made me shiver as I peered out the window to a new day.

It soon vanished as the Sun cleared the ridge to the south of the cottage, and by the time I made it outside the only clue to the earlier cold was the crisp clarity of the air. We get so accustomed to the hazy days of summer, that seeing the world on a sharp late September morning comes as something of a shock. 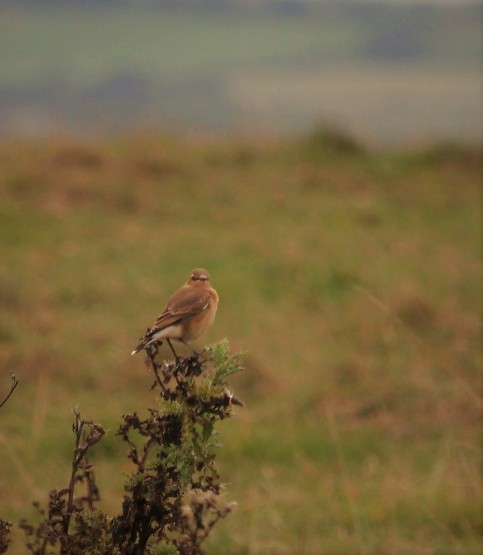 All the detail, the definition, has for months been smudged by the shimmer of summer, and as I stepped out onto Eggardon Hill this afternoon, it felt almost as though I was seeing the view for the first time.

To the south-west, I could see form in the exposed greensand of Golden Cap, and through binoculars I could discern the individual trees on Langdon Hill instead of a conifer green smear. And it was still. So rare for Eggardon, where the air seems always too impatient to hang around.

I had hoped for wheatears and found half a dozen on the plateau. Straightening their 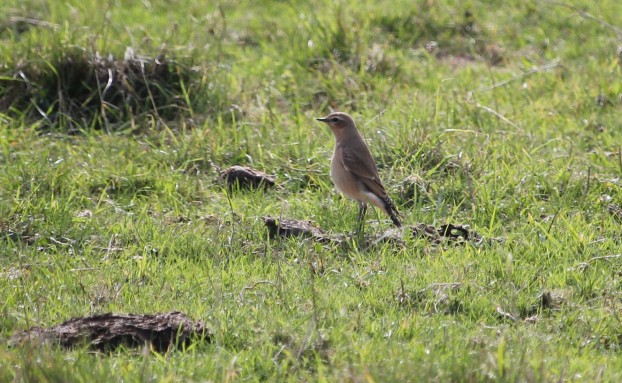 backs as they stood watchful and alert. On a fence post sat a single winchat, while from every tussock seeped a meadow pipit. Swallows swooped past my ears and down in the folds of Askersell came a slow coil of woodsmoke.

For a moment, I felt slightly overwhelmed. It is easy to take a place for granted when it is on your doorstep, but to absorb it so perfectly when the air is so willing, made me giddy. Then I breathed deeply, smiled dreamily, and let the swallows wash around me as though I were a jut of rock in a fork-tailed stream… 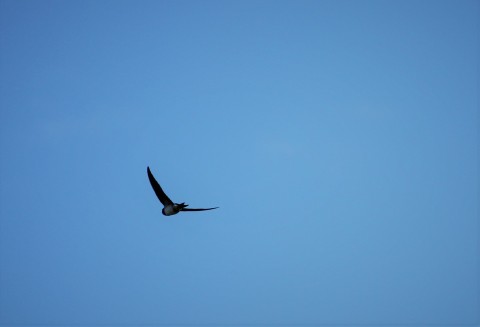