I have really enjoyed writing a monthly column for BBC CountryFile Magazine, not least because of the amount of things I have learned. Research can become lazy in the internet age, but digging around old books and then cross referencing with online resources can be fascinating. 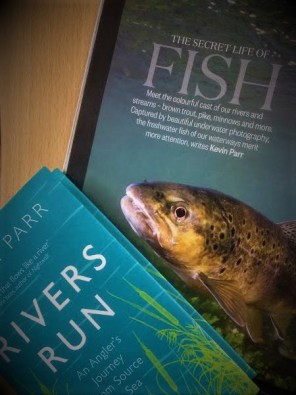 In the June edition, for Flower of the Month, I wrote about the red campion, and was interested to learn and make mention of the flower’s link to snakes. The adder has a close association, with a traditional belief that the seeds of the campion could be crushed to create an antidote to their venom.

One issue with writing in advance of the publication date is the reliance on natural order. Last year, writing about trees, I took a punt with my April column. The winter had been so mild that the leaves on the hawthorn trees were unfurling in February and it looked certain that spring would come exceptionally early. A sudden cold snap in March dispelled that notion, but it came too late for me to have assigned April the month of the hawthorn. As it turned out, the May blossom lasted well into June and was as fine a display as I can recall. A reader wrote into CountryFile to point out my error, but as I said in response, my Mum had already told-me-so on that score…

A letter in this month’s magazine is rather more humbling. Steven Coleman (who I’ve never met – honest!) wrote to commend Rivers Run, and his words made me feel rather emotional – thank you, Steven. In fact, the June edition of CountryFile magazine has become something of a personal triumph, with my words accompanying some absolutely stunning photography from Jack Perks and Paul Colley. Their underwater work (its a feature on the Secret Life of Fish) is simply awesome – and I feel proud to share a page with them.

So please excuse the tone of self congratulation, but self promotion is something I don’t do well or enough of. Rivers Run has had some solid sales and been amazingly well received, but it could do with a nudge so if you have read it and enjoyed it, please tell your friends!

Oh, and just in case anyone is interested, there is a contributor page on the CountryFile website here where a few of my articles have been put online.