Spring has sunk into high summer. Days of hot sunshine and sneezes, the air thick with pollen and a rapidly expanding grasshopper orchestra.

My time has been stretched. A new issue of Fallon’s Angler has been tied up and released, a sample chapter for a potential project picked at and almost certainly over-scrutinised. 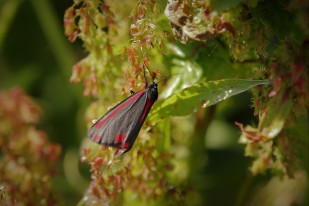 A new fishing season took me back to Waller’s Haven with Chris, Garrett, Nick and Martin. There we retrod the banks where Nick had filmed Chris 12 months earlier, only this time there was no camera equipment so Nick was able to show us all how it should be done. Something he managed rather well.

I have not walked as much as I would like, and more importantly, not spent enough time being. As a result, I found my mood somewhat heavy at a time when it ought to be somewhere perkier.

We are fortunate though, to have a microcosm of paradise right on our doorstep. The garden is even more wild than usual (a bumble bee nest in the lawn-mower has aided that end), and the small spill of meadow that sits fifty yards or so from our gate has been left to flourish.

The grass pollen that so often sees me suffer does also bring a strong flight of butterflies, and after a disappointing spring, it is a relief to see a decent summer flutter. Meadow browns and marbled whites are currently competing in terms of number, but there are ringlets, small and large skippers, small heath, and even a small tortoiseshell – only the second I have seen here this year.

A brown argus was a new species for the ‘patch’, and cinnabar, six-spot burnet and hummingbird-hawks are showing well on behalf of the day-flying moths. We seem to spend half the day opening windows to let hornets and yellow underwings back outside, while the bigger, female grass snakes are making the most of the heat, sloughing (48 inches the longest skin so far) and basking as they grow with gravidity.

Sometimes, a few steps is all we need to make.