Today saw the publication of the latest State of Nature report – a ‘stock take’ of our wildlife made by over 50 of our conservation organisations.

Unsurprisingly, the results do not make for pleasant reading. Well over half of our native species have declined since 1970 and one in ten are under threat from extinction.

Some of our most iconic species in in desperate trouble. Among them the kingfisher, water vole, turtle dove, hedgehog and starling.

But there are big problems among the less glamorous species. The bog hoverfly, freshwater pearl mussel and high brown fritillary are all under threat, and yet lower down the food chain, very little noise is made.

The food pyramid is a complex structure but also remarkably simple. The most vulnerable species are those at the very top. A buzzard, for example, can 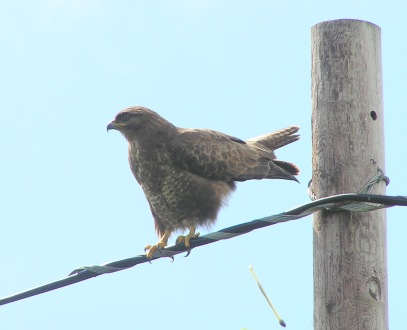 only eat protein, it cannot digest or take value from any other food source. This means it is completely dependent upon each of the levels below it in the pyramid. One step out of place will domino upwards.

Yet because it is a species that has increased in number over the last fifty years, so the buzzard is pillorized for the demise of other species.

In truth, the buzzard is recovering to a level that it can and should exist at. After being battered by persecution and DDT, it is simply approaching a natural population state. As a species at the top of the food pyramid, it is self regulating. It cannot exist beyond the availability of food beneath it. And though it may have local impact upon other species, these are typical fluctuations that occur across the natural world. Nothing will be driven to extinction by the beak of a buzzard because it, as a species, cannot afford to do so. It would die trying. If it found an easy food source then as soon as that supply dwindled so it would have to look elsewhere or starve. It is, in truth, very simple ecology.

The problem is that as a race we are inherently prone to anthropomorphisation. We attribute human traits to the natural world. Foxes do not get blood lust in a chicken coop, they have simply found a food source that they want to exploit and cache. A buzzard does not sit beside a pheasant pen waiting for poults to be released, it will be picking off the rodents that are helping themselves to the pheasant food. And while it may well pick a few off when they do leave the pens, it would be dead within days if that was the sole source it was waiting for.

The State of Nature report suggests that the single biggest impact upon our wildlife comes from modern agricultural practice. Of course, in a world of black and white, this means that plenty of people are immediately turning their ire onto our farmers. Yet it is the grey that we need to explore. 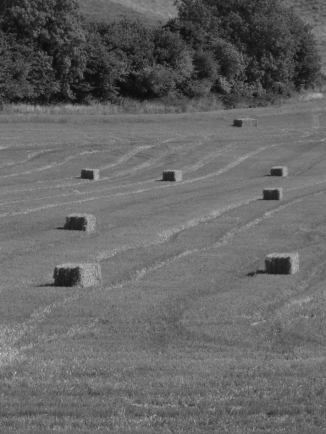 Many farmers currently rely on EU subsidies to survive. Their bottom line is controlled by the supermarkets or the value of the pound, and often they will be harvesting a field knowing that they are making a loss on the crop before they turn the key of the combine harvester.

They have no choice but to squeeze all that they can from their land, and the general public are largely ignorant to the fact that without financial assistance up front, the cost of basic foods such as bread and milk would rocket.

The reality is that with import costs increasing as the value of the pound falls, so even greater pressure will be placed upon our rural landscape. In such a situation, it is very difficult to incorporate the conservation of our wildlife, but rather than blame the farmers we need to work with them.

Melissa Harrison (author, nature writer, mix-magger and walker of dogs) summed this up rather neatly this morning. She tweeted,in response to the State of Nature report;

Suggested approach: “Hello farmers. How can the rest of us support you in making the big changes we all need you to make?”

It is the only feasible way forward. Working together and creating long term plans rather than short term fixes. Sadly though, we are far to fond of boxes and slotting opinions into them.The recent referendum turnout was proof of that – compact the most complex and delicate foundations of our social and economic structure, turn them into a simple Yes/No question and millions will vote. Life isn’t quite that simple.

Unfortunately, there isn’t an easy answer to any of this. Compromise it seems can only be reached by taking a wholly opposite stance. Years of campaigning against illegal raptor persecution has done little, but a call for a total ban on driven grouse shooting has rumbled up a storm.

Ultimately, we live in one of the least natural places in the world, and such an environment requires management. Without bears, wolves and lynx we have to control deer numbers, and though the badger ‘issue’ is one requiring more attention than I have space here to give, they are a species (like the fox) whose population may need checking in the absence of natural predators.

There is talk of a lynx reintroduction, and though I would love it to happen from a purely personal perspective, I don’t believe that it would have the desired effect. With such an easy supply of rabbits and pheasants, a lynx isn’t going to hurry the deer herds around, picking off the stragglers, as they may have once done.

Perhaps education is the key. Our farmers and rural traditions may well be undeservedly blamed for a many stranded situation, but still there is far too much Victorian thinking towards our countryside. Many species are demonised the moment they flourish, and the term ‘conservation’ coined by some without a true understanding of the natural environment. Why should a skylark matter more than a kite? Who are we to play god – especially when we have far more impact on the environment than any other species within it?

Badgers are not solely responsible for the demise of hedgehogs, bumble bees and ground nesting birds, but by waging a campaign of hate against this single species, the pro-badger cull campaign is diluting the real issue. This, in turn, forces a bigger wedge between those for and against. Suddenly, the badger has become bigger than bTB itself, and all the while that evermore tenuous accusations are aimed in the badger’s direction, sympathy for the farmers wanes. bTB is a massive, massive issue facing our dairy and beef farmers, yet when I try and read up on the subject (particularly on social media) an awful lot of time and energy seems to be being wasted on blaming badgers for everything bad in the world and willing ill upon Chris Packham.

If culling badgers is the best course of action to curtail the spread of bTB then that needs to be the sole focus of argument. Anything else is merely a detriment to the farmers who themselves are suffering.

Perhaps if we can start to meet in the middle with such issues, there may be hope for the future. But all the while we remain polarized, the State of our Nature can only get worse.

We must, however, continue to hope. 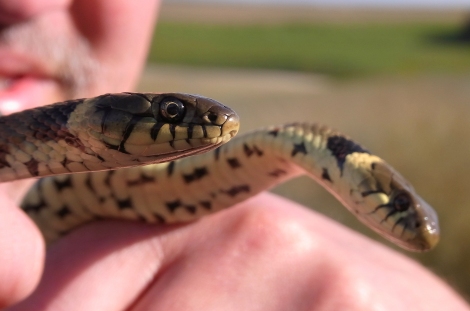